The Pre-Raphaelite Society was founded on 26 October 1988 by the then Provost of Birmingham Cathedral, the late, the Very Reverend Peter Berry, MA. The aim of the Society is to encourage the study of the works and lives of, and also promote the wider appreciation of, the Pre-Raphaelite Brotherhood and their successors. The Society has published writings relating to the PRB and their successors, held many meetings and lectures, and organised visits to places of interest, including important exhibitions of national and international interest.

We currently have members from all over the world who receive the Society's thrice yearly principal publication, the Review. The Review contains articles, book reviews, illustrations and 'Notes and Queries', and offers the opportunity for all members who are interested in research and writing to contribute in a very satisfying way to the the Society’s life. First issued in the spring of 1993, The Review has appeared three times a year (except in 1998, 2000, 2003 and 2008), when special issues on Burne-Jones, Ruskin, Millais and the Pre-Raphaelite Brotherhood each represented two numbers. Further single special colour issues devoted to Rossetti and the Reading Art Conference (hosted by Birmingham Museum & Art Gallery) were published in 2013 and 2016 respectively.
The Pre-Raphaelites and the Society

Since 1849 the Pre-Raphaelite Movement has coloured and influenced the appreciation of art, not only in its British birthplace but throughout the world. The three great founding artists – Millais, Rossetti and Holman-Hunt – possessed between them, the over-powering enthusiasm of youth, a brilliance of technique, a dedication to a romantic ideal and the pursuit of the true principles of art.

But the enduring visual image of Pre-Raphaelitism was forged by Birmingham’s native son, Sir Edward Burne-Jones. Greatest of the followers, he became a leader in his turn, and it is in his paintings and drawings, his designs for tapestries and stained glass, that the world recognises Pre-Raphaelite art without hesitation for what it is – a mode of thought and a style of work resting on definable and justified foundations.
Because of this it is appropriate that the Pre-Raphaelite Society should have been founded in Birmingham, where the Museum and Art Gallery contains the unrivalled collection of his work. Without Burne-Jones, the Pre-Raphaelite Movement would have been a phenomenon not a continuity. His friendship and close association with William Morris ensured the permanence of the Pre-Raphaelite style through his link with the Arts and Crafts Movement, carrying their united spirit on into the twentieth century.

The Pre-Raphaelite Society is dedicated to the celebration of the mood and style of art which Ruskin recognised and preserved by his writings, and to the observation of its wide-ranging influence. In co-operation with societies of similar aims world-wide, it seeks to commemorate Pre-Raphaelite ideals by means of meetings, conferences, discussions, publications and correspondence, and to draw attention to significant scholastic work in this field. First and foremost, however, it is a society in which individuals can come together to enjoy the images and explore the personalities of the Pre-Raphaelites and their followers through the medium of fine art, the appreciation of good design and the excellence of the traditional arts.

Find out about Membership of the PRS Here

Read about the PRS Review Here 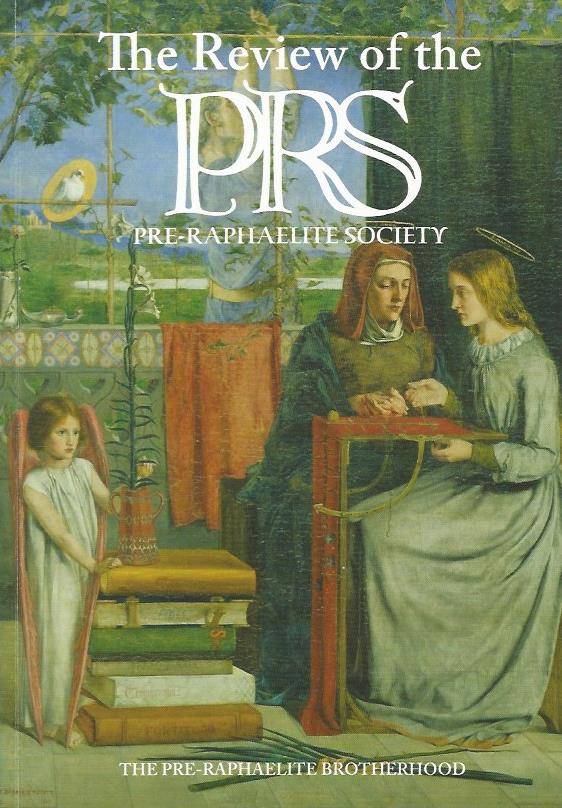 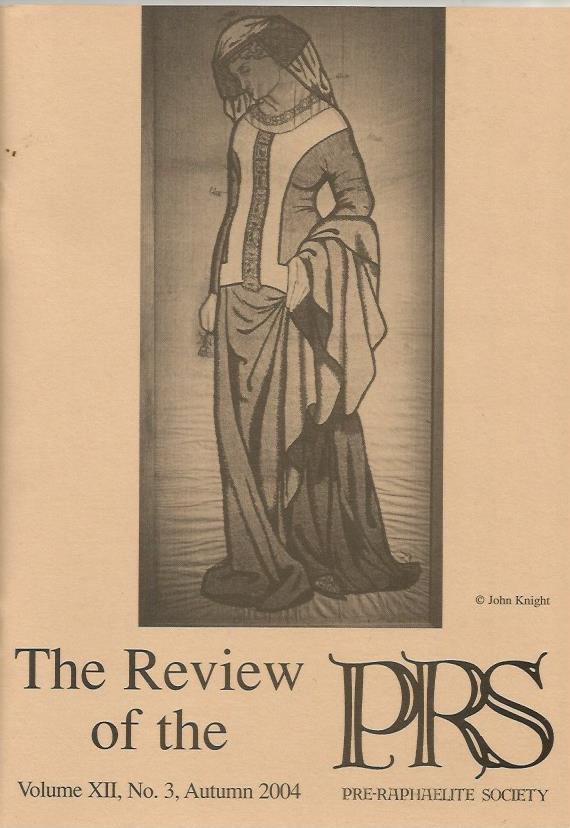 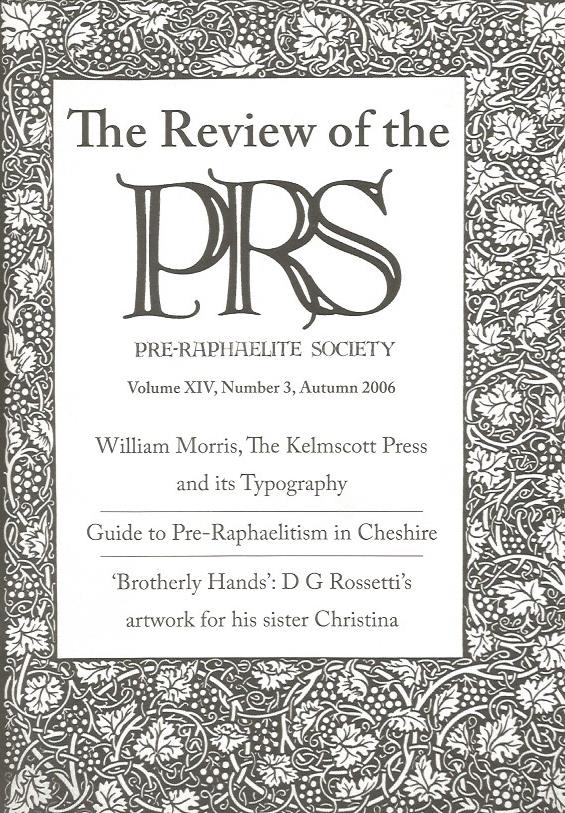 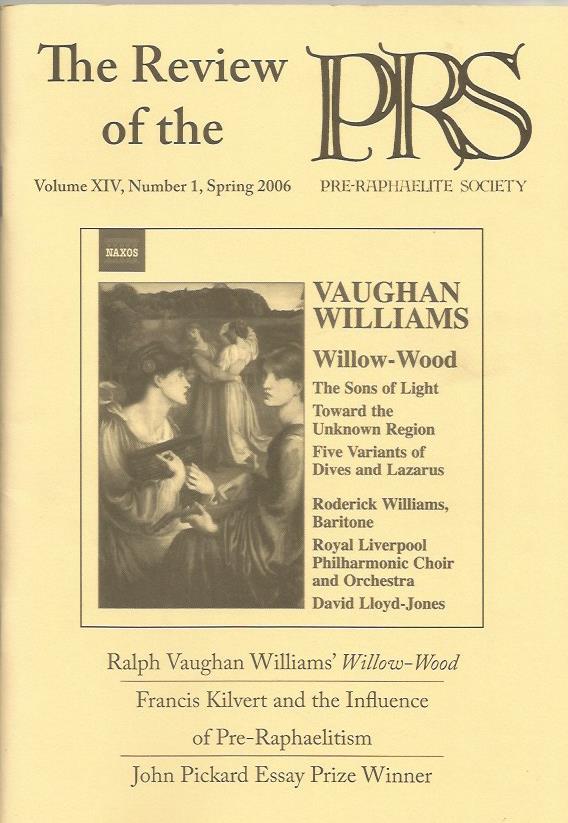 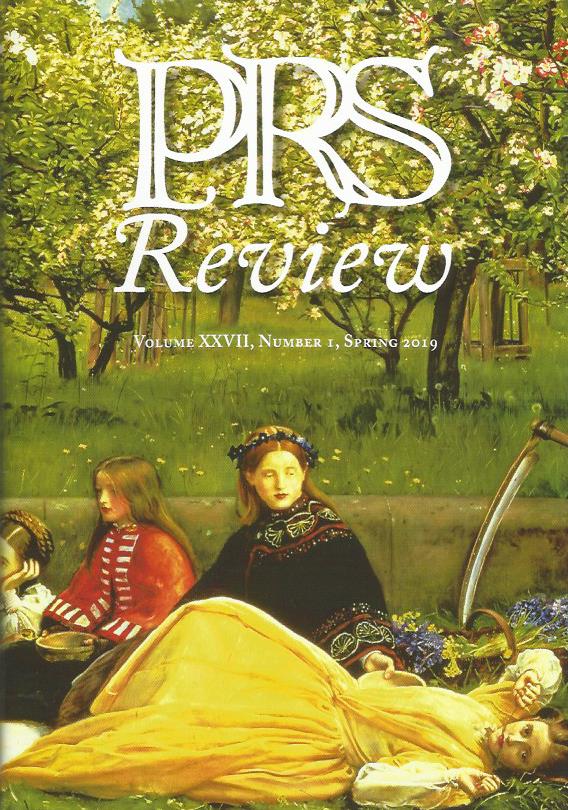 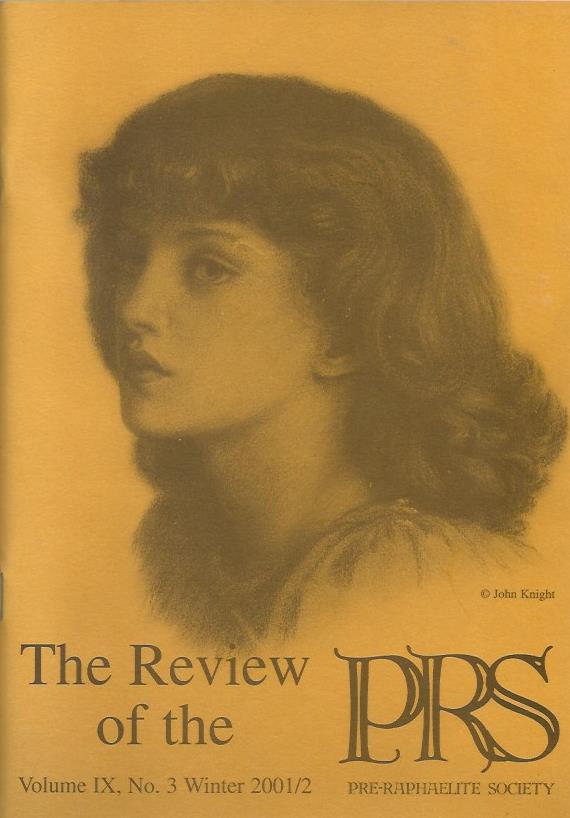