The Presence and the Dream:
An anthology celebrating a decade of the Pre-Raphaelite Society Poetry Prize
and the Society’s Poet-in-Residence 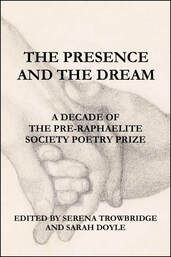 In what feels simultaneously like the distant past and, somehow, the blink of an eye, I had the honour of winning the inaugural Pre-Raphaelite Society Poetry Prize in late 2011, with my poem ‘Reflections of Ophelia’. I had long been fascinated by the Pre-Raphaelite movement, and knew then that I had many more PRB-inspired poems within me, still to write. A cordial relationship developed, and I was thrilled to be appointed as the Society’s Poet-in-Residence in the spring of 2012. What a decade of poetry is has been! I’ve written many poems for the Society in the intervening ten years, and I have been touched by the warm responses these have drawn from the membership.

One of the greatest pleasures of my role has been to co-judge each subsequent annual PRS Poetry Prize alongside Serena Trowbridge. Each year Serena and I have been entertained, surprised, challenged, and moved by the poems we receive; and, without fail, we have always unearthed some sparkling poetry gems which we are proud to publish in The Review. Imagine my delight when Serena suggested that we might co-edit a retrospective anthology to celebrate ten years of the competition and to mark my decade in the role of Poet-in-Residence. After some excited discussions, Serena and I embarked on the selection process, to include every 1st Prize-winning poem, alongside some of our favourite poems that were placed in the competition. Additionally, we have chosen nine of my own commissioned poems written during the past ten years. We were heartened to receive enthusiastic replies from all of the poets we approached, and we thank them all for their participation in the project. Additionally, Serena and I are grateful to the Committee for their support throughout.

The result of so much generosity is The Presence and the Dream, a collection of 32 poems, comprising nine poems of mine and a further 23 poems by 22 brilliant poets. The title is a quotation taken from Dante Gabriel Rossetti’s poem ‘The Portrait’. I suggested it because of its enchanting ambiguity, redolent of both a reality and its ripples, echoing the creative relationship between the Pre-Raphaelites and those contemporary thinkers who continue to be so captivated by them. Although all of the poems in this immersive book are inspired by and respond to the lives and work of the Pre-Raphaelite Brotherhood, there is enormous breadth on display, in terms of both subject matter and poetic practice.

The book is due out in late June, with an online launch reading to take place on Sunday 26th of June (more details in due course). I do hope that many people reading this will treat themselves to a copy when it’s published, and will find the poems as spellbinding as we do. A full table of contents follows my sign-off, to whet people’s appetites!

It was wonderful to revisit the poems of so many talented writers, and I am privileged to be anthologised alongside them, as all of these poems find a new and wider readership. It is an honour and a joy to be the Pre-Raphaelite Society’s Poet-in-Residence, and I extend my sincere thanks to Serena, to the Committee, and to the Society’s membership for your continued encouragement and support.


The Presence and the Dream: table of contents

Joanna Crosby
Between then and now, faith and doubt, there is only the sunlight slanting

Usha Kishore
The Lament of Lamia

Shelley Roche-Jacques
From the Memoir of Georgiana Burne-Jones

Sarah Doyle
How we met ourselves

Nicola Warwick
The Rose of May

Ellora Sutton
The Branding of Elgiva

Ellora Sutton
And Mary went with haste to Elizabeth 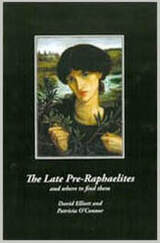 The Late Pre‑Raphaelites and Where to Find Them   by David Elliott and Patricia O’Connor
This handy gazetteer provides a wealth of information on the lives of all the leading Pre-Raphaelite artists and their many associates, together with details of the locations of their gravesites.

Patricia O’Connor has been Chair of the Pre‑Raphaelite Society for the past twenty years. She is interested in all things Victorian, particularly art pottery and Arts and Crafts furniture. Her one abiding passion is the artist Dante Gabriel Rossetti. Patricia writes “I very much enjoyed working with David Elliott on the gazetteer The Late Pre‑Raphaelites and where to find them. The project promised to be an adventure and did not disappoint. Here is an opportunity for the reader to participate in the same adventure”. 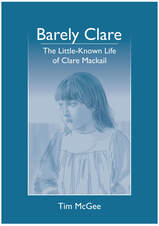 Barely Clare: The Little-Known Life of Clare Mackail  by Tim McGee (2020)
A short biography of Clare Mackail, granddaughter of Edward Burne-Jones. Margaret Burne-Jones married Oxford professor JW Mackail, and had three children: One grew up to be the novelist Angela Thirkell, and her brother Denis Mackail also became a writer. But there was another child, the youngest, who many biographies pass quickly over: Clare. Not a professional artist, though she did love drawing. Not a writer, though her letters are charmiing and revealing. It was the lack of references to her that made Tim curious, so he embarked on a quest to learn more. A volunteer in one war and a victim of the next, a member of a curious spiritual group that had a retreat away from London, her life - though not celebrated - was an interesting one, and this is her story. Available at Amazon.com 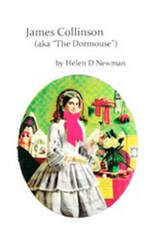 James Collinson (aka “The Dormouse”) by Helen D Newman (2016)
As one of the original members of the Pre-Raphaelite Brotherhood, James Collinson has been largely dismissed, and if he is mentioned at all it is always in relation to his broken engagement to Christina Rossetti following his re-conversion to Roman Catholicism. Recognition, both as a man and an artist is long overdue, and it is hoped that this book goes some way to restoring his reputation. Helen Newman is a long standing member of the Pre-Raphaelite Society. 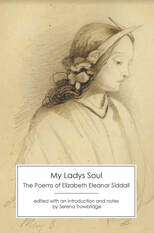 My Ladys Soul: The Poetry of Elizabeth Siddall by Serena Trowbridge
Elizabeth Siddall is best known as the muse and model for many Pre-Raphaelite artists and as the wife of Dante Gabriel Rossetti. However, she was also an artist and a poet. This book publishes all her extant poetry in a single volume for the first time. Serena Trowbridge has undertaken extensive archival research to restore Siddall’s better-known poems – often heavily edited in previous publications – to their original form, and to identify and reproduce poems and fragments not previously included in anthologies. Elizabeth Siddall’s own voice emerges fully from these pages, supporting her rediscovery as a creative artist in her own right.

My Ladys Soul: The Poems of Elizabeth Eleanor Siddall: Amazon.co.uk: Siddall, Elizabeth Eleanor, Trowbridge, Serena: 9781906469627: Books
Christina Rossetti’s Gothic by Serena Trowbridge
The poetry of Christina Rossetti is often described as 'gothic' and yet this term has rarely been examined in the specific case of Rossetti's work. Based on new readings of the full range of her writings, from 'Goblin Market' to the devotional poems and prose works, this book explores Rossetti's use of Gothic forms and images to consider her as a Gothic writer. Christina Rossetti's Gothic analyses the poet's use of the grotesque and the spectral and the Christian roots and Pre-Raphaelite influences of Rossetti's deployment of Gothic tropes.

Pre-Raphaelite Girl Gang: Fifty Makers, Shakers and Heartbreakers from the Victorian Era
by Kirsty Stonell Walker
Pre-Raphaelite Girl Gang will introduce readers of all ages to the remarkable women of the Pre-Raphaelite art movement which began in the second half of the nineteenth century and continued through the early part of the twentieth. From models to artists, these women all contributed something personal and incredible towards the most beautiful and imaginative art movement in the world. From duchesses to poor laundresses, each woman has a story to tell and a unique viewpoint on art no matter their age, status or background. Rich or poor, black or white, these women redefined what it meant to be beautiful and influential in a male-dominated world and broke new ground in art, business and women’s rights to pursue the life they loved. Spanning almost a century and uncovering the truth behind some familiar and less familiar faces, this collection will offer new information to readers already interested in Pre-Raphaelite art and open the doors on an enchanting and revolutionary band of women who are unlikely and compelling role models. Artists, sculptors, inventors, models, wives, sisters and muses, all provide inspiration for ground-breakers and trouble-makers today.

Stunner: The Fall and Rise of Fanny Cornforth by Kirsty Stonell Walker
Fanny Cornforth was a Victorian supermodel whose face epitomised the vision and life of the Pre-Raphaelite artist Dante Gabriel Rossetti. In their twenty-five years together, she played many parts from muse, medium and lover to housekeeper and nurse. Due to her care of the artist, he was able to create some of the best known and celebrated art works of the nineteenth century, however at his death Fanny became an outcast, accused of stealing, lying and even murder. Her journey from rural poverty to celebrated beauty gave her a life she could never have dreamed of, but her choice of love above security saw her end her days in an asylum. Her afterlife, in the imagination of those who knew her and those that followed saw her cast as a villainess; Rossetti’s folly, an illiterate prostitute who could crack walnut shells in her teeth. It’s finally time that the truth is separated from the swirl of lies and that the life of one of the most infamous women of Bohemian London is told, from canvas to asylum. 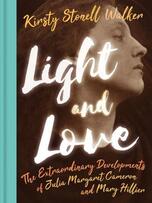 Light and Love: The Extraordinary Developments of Julia Margaret Cameron and Mary Hillier by Kirsty Walker
Beginning as Julia's parlour maid, Mary went on to become the photographer Julia Margaret Cameron's leading model and the focus of the artist's creative passion. For Julia, Mary personified the heavenly qualities of her quiet corner of England. For Mary, Julia's influence would echo throughout her life. This is a biography of two women who experienced beauty, love, loss and fame, and created photographs that, in Julia's own words, 'should electrify you with delight and startle the world'. Spanning the French Revolution to the 1930s, Light and Love tells the story of a rare partnership of a pioneer and her muse, and how their relationship would change the course of both of their lives.